Skip to content
on Feb 24, 2020May 13, 2021
Architecture has wider, longer lasting impact and influences on people than any other art form. It is perhaps debatable conversation to begin with when initiates to write about architecture of specific building. But, if, the argument is built around the fact that some work on Architecture take its own time to be responsive than any other art form, perhaps there is a question of timelessness or permanence begins to emerge in debate which in case of other art forms would be remotely connected to people except limited to its historic value. The discussion becomes more acute and concern as one attaches the question of national identity or pride or object that embodies the national functioning of democratic values. The responsibilities that architecture has, to render beyond its objectivity,  is of highest form, in addressing the question of permanence and functioning of democratic values.
The Architecture of Scottish Parliament on first thought defies the question of identity, the explicit sense of belonging and collective iconography in contextual sense. It rather navigates through city structure, topography and intangible history of place for locating its intangible regional presence. It attempts to move away from iconographic commitment and representational liabilities (in context of regionalism) that architecture requires to, in order to be responsive and to be embedded in explicit sense. The building is ahistorical, and unfashionable (to para-matrix trenders). It enslaves the stages that inspires with silence and drama of unquietness along-with mysteries that insinuate themselves into the world of imagination for democratic values. Kahn parliament building has subtle meditative and arduous quality, indirectly suggesting the functioning of governance; Corbusier capitol complex has quality that embodies the highest form of reason and path towards emerging world. The Scottish Parliament moves away from monastic and explicit presence of monolithic history or singularity of utopia that modernist propagated. Rather architect preferred to hinge the multi-valence presence of empathy, turbulence of micro-metaphors, quotation and iconography of unknown with generosity to its public function.
Miralles work embodies the empathy, the reason of unknown yet presence of an imagined world. If the parliament building, continues to magnifies the aspiration of land and people along with harmony of multitude of desires and imagination, then it will not be exaggerate to state that Architecture has emerged with the timeless quality and continue to stay as an appropriate building of our time. 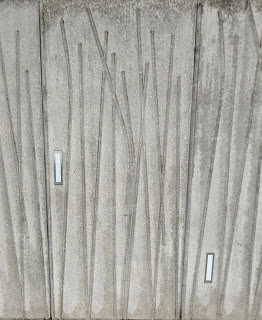