The bridge studio is a space where the intellectual formalisation of practice begins to configure with the academic space or academic space begins to interact with practice domain. The practice domain is generally perceived as other side of academics with handful information of practical imperatives & awareness towards making of architecture that resonates its purpose & market that sterilises academics.  However practice in the context of bridge studio is imagine to be an act of design & construction of building that is deemed to be an academic exercise.

If one looks other way around, only if, practice that reaches out to academics to experiment with the particular aspects of architecture that resonates the act of conflict, deemed unresolved. It is that precise conflict and unresolved condition finds academic space as laboratory for experimentation, where unresolved conflict can emerge in all tones of fresh imaginations, complex reality engages with comprehensible manifestation, architecture that traverse beyond time and tragic views.

QUESTION OF MODERN
The modern word is often limited in its definition when we talk within academics or general conversation as being departure from or repudiation of accepted norms. However the modern also brings about the question on philosophy on which shatters the boundary of orthodoxy and making the modern phenomena more transient and fleeting (continuously & simultaneously emerging). Even though the word modern & heritage are contradictory in terms, it brings about values that shaped thought and philosophy. Architecture of any given time is a product of thought to context. The knowledge reacting to the situation within which the encapsulated boundary of modern transverses and becomes history of ideas. It is this precise conflict that studio attempted to address, to deconstruct the implicit meaning of word modern and seek various possible reaction and manifestation. 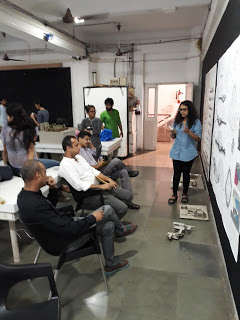 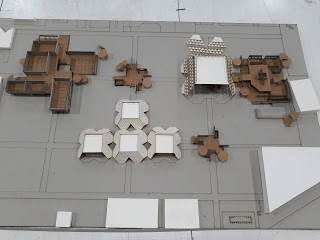 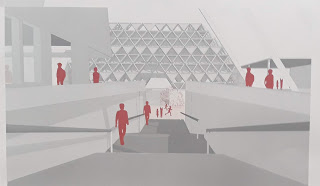 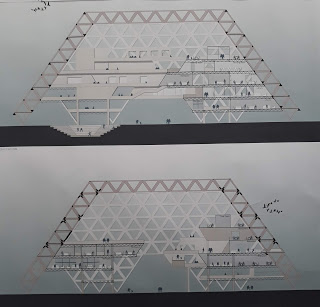 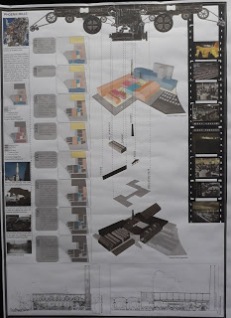 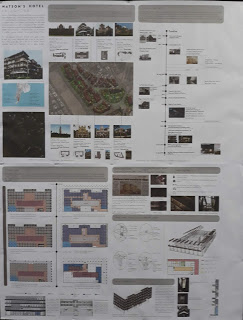 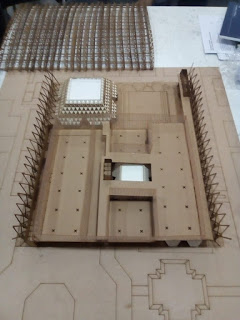