Skip to content
on Apr 07, 2015May 11, 2020
A lot has been said on conservation especially world has turned this discipline into a fashionable and niche-able commodity of past. This is perhaps true in urban forms of traditional Indian Cities. The traditional urban architecture and its conservation broadly divided into three broad categories: Ideology of Conservation,  Practice of Conservation and Technology that need to be employed.
Architecture and Urban form that embodies the regional values,  needs to be understood and its implication of them being conserved on larger interest of the cities. Such artifacts need to be conserved on its formal properties along with long term conservation plan. This two ideological positions are often at conflict with each other but one thing is clear that conservation is not an attempt to conserve the past but to preserve the present. It is moral obligation of present generation to pass such artifacts to next generation in the state that they have received from previous generation.
The domain of conservation is slowly slipping away from archaeological sphere but in the process the scope of conservation has widen beyond its conservative approach. It perhaps does have its own virtues as conservation needs to be integrated largely with the development but complexity that arises from such wider approach is the paradoxical extremities of development versus conservation.
The visit to Ajanta caves happened after 20 years. The formal change in the large landscape as a part of conservation plan was apparent. It seems to have larger heritage  management plan being implemented along with restoration, traffic management, environmental concern to the caves and its sculptures & paintings. The caves approach is made easier with ramps and satires along with signage. However the Ajanta caves project can not be the pilot project for conservation/ restoration our pre-industrial cities and their historic core. 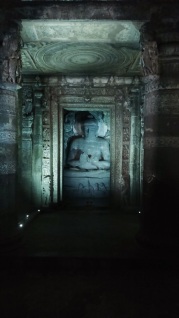 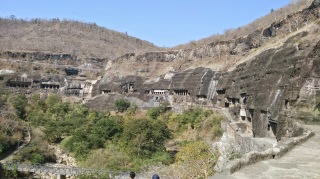 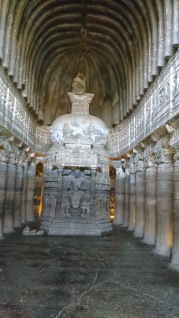 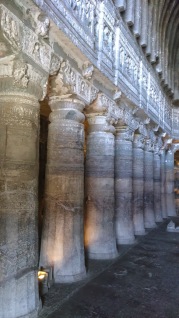 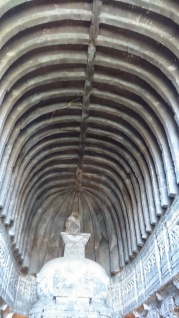 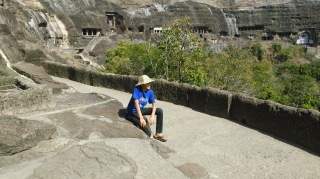 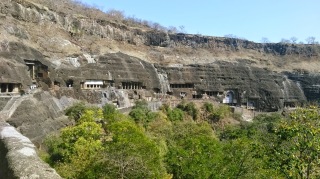 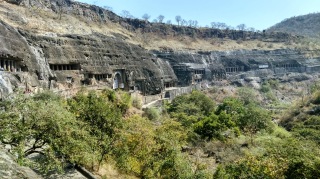 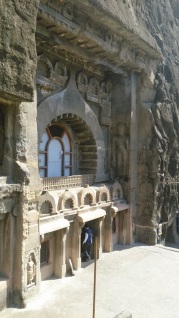