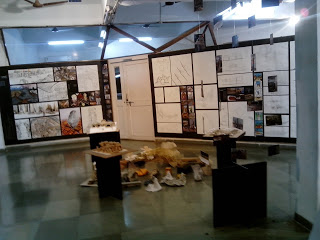 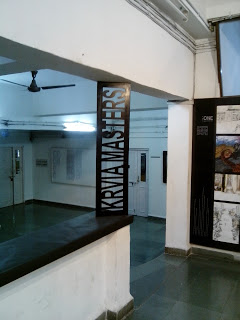 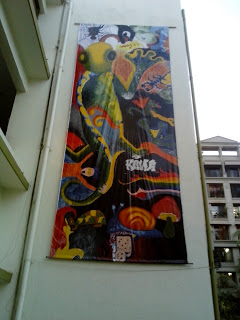 Krvia has positioned itself to set locus of inquiry within the realm of social and cultural studies that shapes the architecture, which in turns allow us to expand the architectural value system. The theme of Object of Architecture and Architecture of Object is an ongoing attempt to theorize the decoding and coding system that operates within the phenomenon space. Historically it seems that fixing coordinates of values system always stagnates the system of inquiry and as result the ideological ground tend to become sap less trunk. I:e architecture becomes subservient to its determinacy.
To take the argument further it becomes mandatory to set new horizon for the wider expansion of inquiry by immediate introspection i:e questioning self. Perhaps in questioning self it may enable us to delayer or may questions the parameter that we believed are truth that shapes architecture. It is an attempt to read architecture in its syntax as well as in its reference by qualifying architecture as an object. It’s a classical debate of writing (transformation) & reading (implicit & explicit).
Its important to investigate what all that constitute an “OBJECT”. What construct an “OBJECT”. If Architecture or an object is a language construct than syntax and semantics are thesis and anti thesis in Hegelian theory. The word anti thesis is a process of translation & quotation that destined towards contamination. The translation is possible only to something original hence translation or transformation is a contamination to original.
Based on Hegel theory the constitution of an Object is in self-consciousness & its an agreement of object with our conception of it. The process of decoded self, conceptualization, abstraction, refrentialization to coded existence. Hence an Object is a pre-supposition of conceptual conformity or object is thought determined by the process of thought.
The truth of an aesthetic judgment is an implicit reference to a subject that makes the judgment. Hence it becomes clear that “Object is concrete whose abstraction/contamination is determined by the philosophy of correct reference”
Lastly Hegel argument on indeterminacy of an object. It can easily be argued within the discourse of architecture that “Indeterminacy of an object aligned with the indeterminacy of content where architecture is struggling to find its existence”
The OAAO is destined to problematize the determinacy of presence of object /content, writing/reading, decoding/coding. Hence question that arises of conflict are as follows:
–          Can object be a de-coded entity?
–          Can Architecture be a literal space?
–          Can Architecture dwell on its own existence or metaphysics of space?